These pages came about as a result of a request in the Model Engineers' Workshop magazine for an article describing the design and construction of a filing machine, to which I responded with an offer to provide one.

However, my involvement with filing machines was very limited dating back some 60 years, when at the age of 15 I started an apprenticeship in an electrical control gear company. During this I worked in the Jig, Tool and production methods office, and stayed there for 3-1/2 years. As a result, it was not much of an electrically related apprenticeship but I was very happy with the situation. 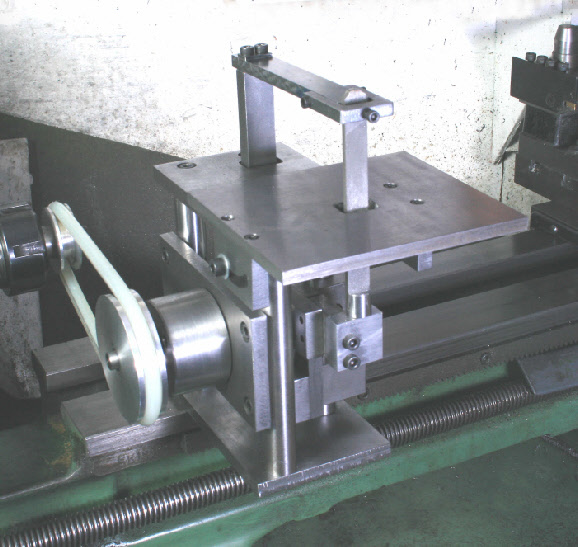 Whilst there I had to visit the tool room where a filing machine existed, and used extensively for producing the very shallow angle at the rear of each press tool die so as to provide clearance for the part being ejected out at the rear, also being used on the front of the die when this was of a complex shape that could not be easily made by other means.

This use is no doubt why such machines are often called die filing machines. However, my involvement was just watching as some of my press tools that I had designed were being made.

Ten further photographs of the machine can be seen in the gallery.