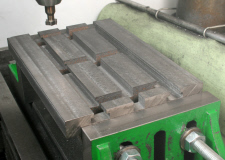 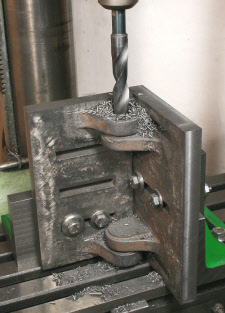 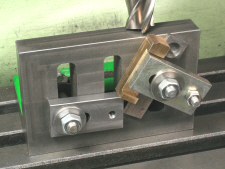 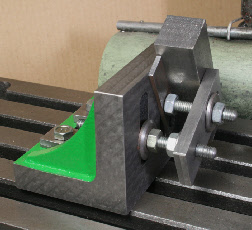 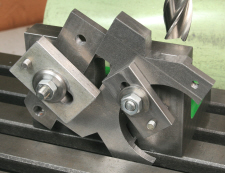 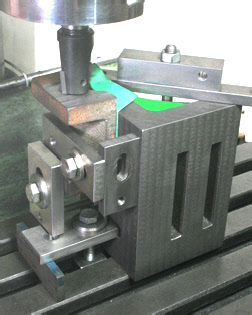 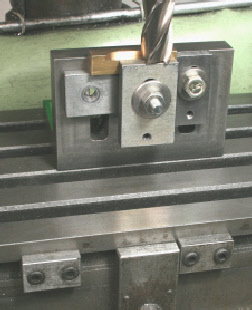 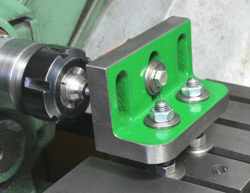 When needing to secure a large workpiece for machining, two angle plates may sometimes provide a method. Photo 1 shows the top of a part being machined in this way. Photo 2 being raised for machining the tee slots in Photo 3  LINK

Using two small angle plates can also be used to support two faces of a workpiece where both  need to be upright. Photo 4 shows two halves of an adjustable angle plate, mounted both upright and at right angles to each other using two angle plates. Larger angle plates would have been better though for this task. LINK

If you have an angle plate with accurately machined ends then it can  be used this way where beneficial, Photo 5. LINK

Occasionally, using the machines T slot, as in Photo 6, will help where the angle plate is not quite tall enough. LINK

Where angles are involved and more than one part is being made using an angle plate with a fence is a good method, Photo 7. Note the fence is held in place with the same stud as is used for clamping the workpiece. Also the stud that acts as the support for the outer end is also secured. This then ensure that the clamp stays in place when removing one part and fitting the next. LINK

Again, in Photo 8, a fence is used to set the angle of the part. Note also the stop at the bottom of the workpiece, ensuring that the chamfer being made will be the same on each part without the need for measuring each one. LINK

Photo 9. This operation was done before that in the photograph 8. The fence below the part sets the depth of the recess for each part and the stop on the right its position  with the table stops, below, its length.

As there is only one workpiece clamp the stop on the right also helps to prevent the workpiece  moving right due to the cutting action.

If you wish to carry out a simple milling task on the lathe but do not have a vertical slide, mounting  an angle plate on studs, Photo 10, will enable you  to achieve adjustment on the third axis. LINK